The protest for “Women, Life & Freedom” in Iran is lasting for two months now, which makes them dissimilar to any previous freedom-seeking rallies in the country.

Of course, it is not for free for people to come to the streets and fight for their rights. The government, brutally suppressing the crowd, has already killed hundreds, arrested thousands, and scared millions of people. As Iranians living abroad, Mahoor Medikhani and Mohsen Karbassi are going to support the current movement in Iran with their music. They want to be the voice of the people in Iran to increase awareness on this matter among their European friends. Moreover, their performance gathers the Iranians in Europe to sing together to empathize and to make them more united with each other and with the protesters in Iran. Join this special sing along night in De Centrale. 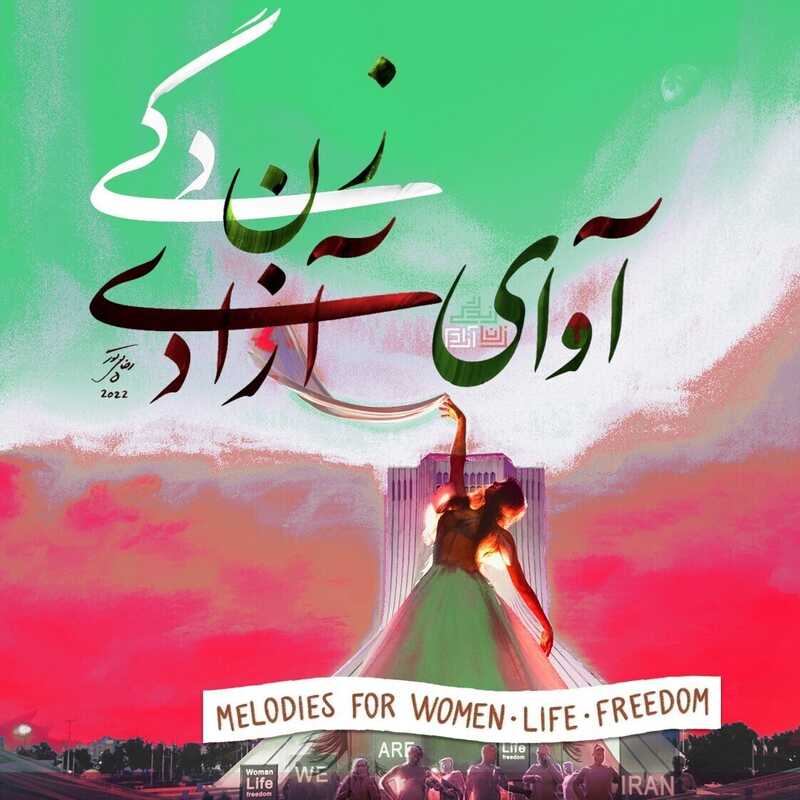 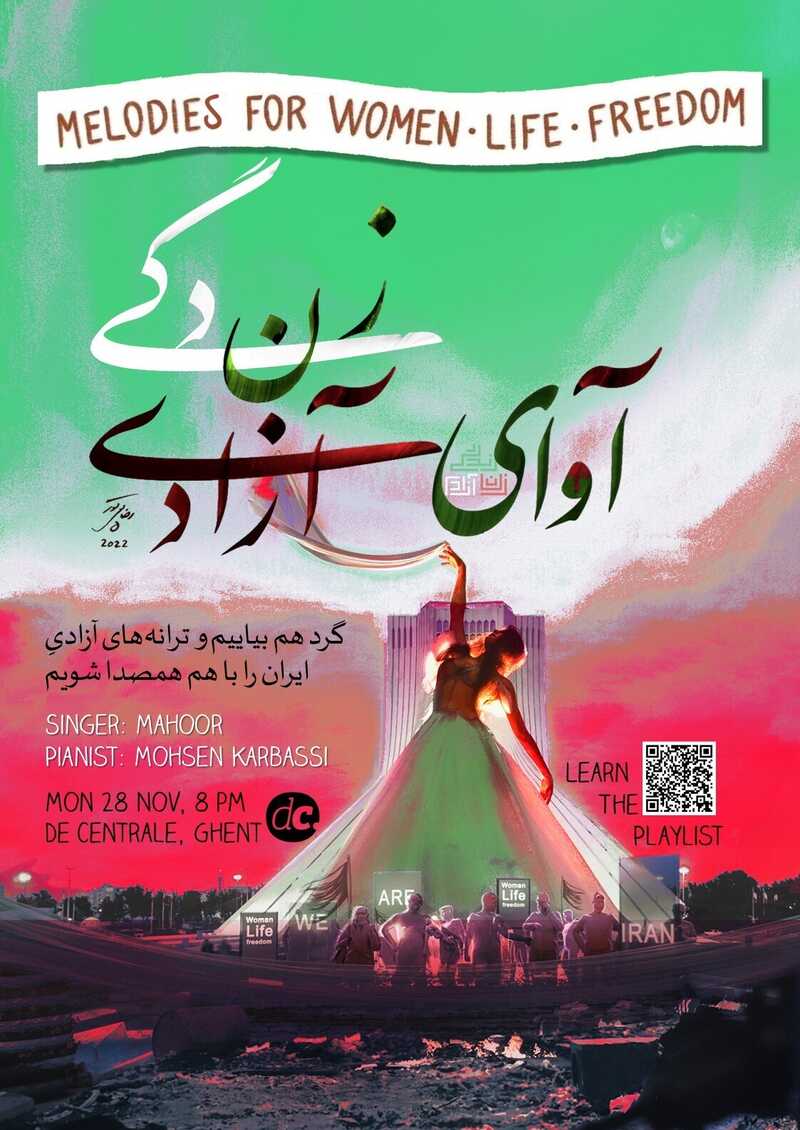