This band brings a richly varied set in which the unsuspecting listener is treated to a delicious potpourri of swing, ska, French chanson, Nederpop, liedkunst, balkan, and bossa nova. With their roots in the street spectacle, the men of Moustash interweave this musical opulence with spontaneous humor and poetry; in interaction with the public. The musicians of Moustash turned out to be half-hearted acrobats, singing peddlers, flying horses, bad magicians, but above all infectious musical entertainers.
They recorded some live demo recordings on the CD “Kartoush” (2006), followed by 2 full albums “Tomat Krevet” (2009) and “Pochtron” (2012). In 2017 the EP “Haar” was released.

Take a quarter liter of enthusiasm, half a kilo of boom patat, a teaspoon "nevermind" and a French baguette. Place the chicory on the windowsill and hang the broccoli from the ceiling. Crumble the baguette and grate the cheese.  Mix everything with an accordion mixer, cut the mixture into long strips with a razor sharp guitar riff, and hang it on the double bass to dry for a while. In the meantime, heat the drums to 482°F, and place everything in a cajon on a bed of trumpet. Let everything burn for 75 minutes, while you dance the hippity-dippity: Hoppa! Here's Moustash! 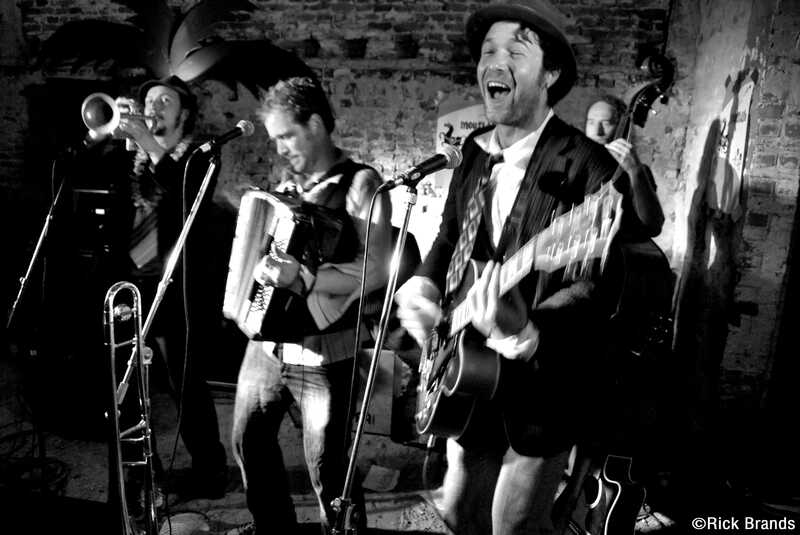 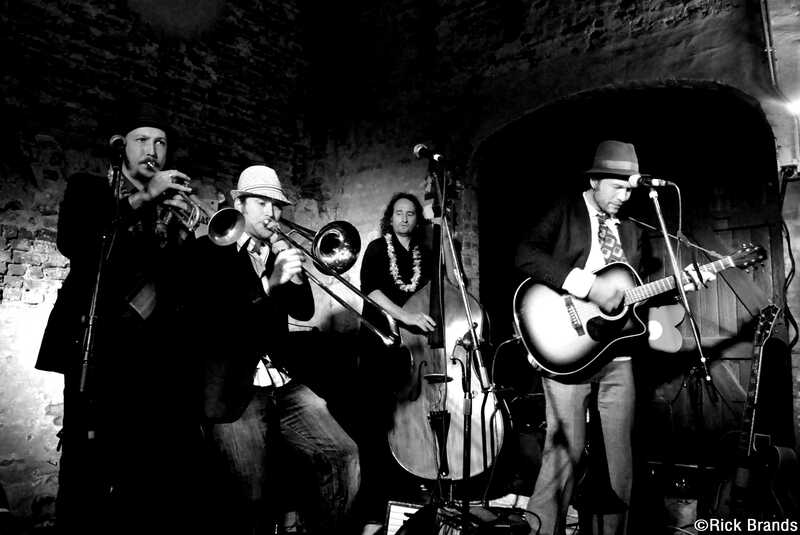